All events take place at the Fort Taber Military Museum unless otherwise noted. Talks are free and open to all. 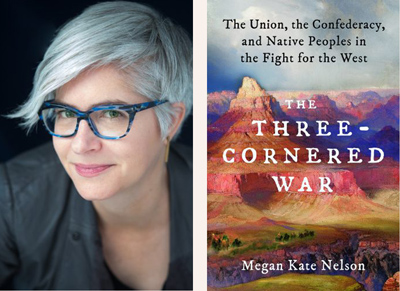 Megan is a writer and historian. Her latest book is The Three-Cornered War. This event will kick off her 2020 book tour. 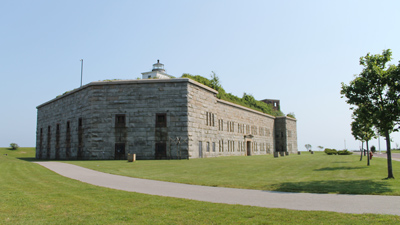 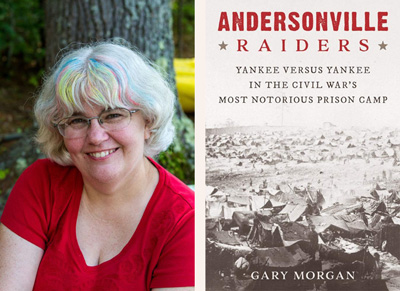 Originally from Brockton, Gary Morgan attended Florida State University and subsequently moved to Western Massachusetts where she currently teaches at Amherst Regional High School. She became interested in Andersonville when a colleague lent her the Civil War letters of Frederic Augustus James, a sailor on the Housatonic who died as a POW at Andersonville, and is believed to be the only sailor at Andersonville to have kept a diary. The only blank James left in his diary was the names of the Raiders who were hanged at Andersonville Prison for robbing and assaulting their fellow prisoners. Morgan tried to remedy that omission to satisfy her own curiosity, only to discover that there were seven names provided but only six men were executed. Trying to figure out who was actually hanged took two years and multiple trips up and down the east coast, and when it was over, there was enough information to write a book, which she did — the first book ever published devoted exclusively to the Andersonville Raiders.

Morgan is the recipient of a 2017 Friends of Andersonville Grant. She returned to Georgia on Veteran's Day Weekend to present her findings at the National Prisoner of War Museum, and she will be returning to Andersonville in July to present a Raiders-themed tour of the prison for the National Park Service on the 155th anniversary of the hanging.

“Five Days in May” Battlefield Tour

Sponsored by the
Civil War Round Table of Greater Boston 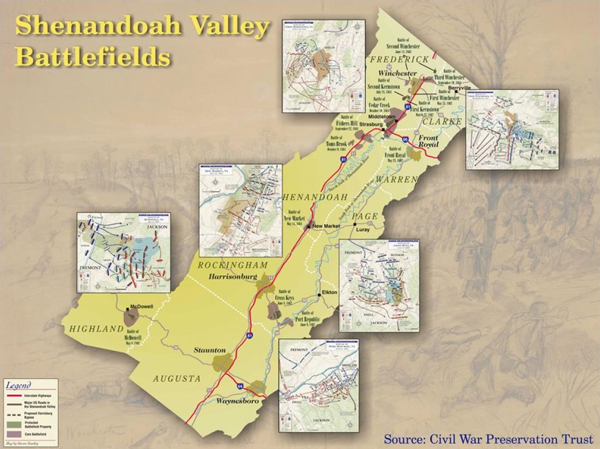 SPECIAL ANNOUNCEMENT
Wednesday, May 13 through Sunday, May 17
Shenandoah Valley, Virginia 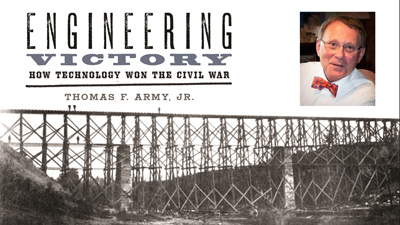 Associate professor Kelly is the program manager of NWC's Non-Resident Graduate Degree Program since 2010. He joined the faculty of the College of Distance Education as an associate professor in 2007 working on the Navy’s online professional military education courses. He served as a Surface Warfare Officer aboard USS Barnstable County (LST 1197) where he participated in Non-combatant Evacuation Operations and as a Naval Gunfire Liaison Officer with Third Battalion, Eleventh Marines with whom he took part in Operation Restore Hope in Mogadishu, Somalia. He is a graduate of Texas Tech University School of Law. He graduated from the University of Pennsylvania in 1986.

Abolitionists, Pacifists, and the Dilemma of the American Civil War in Hopedale, MA. 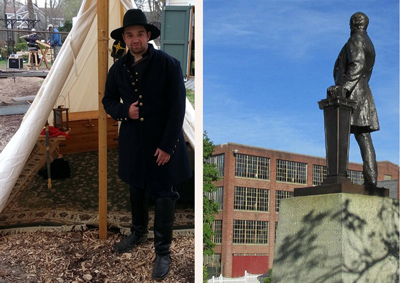 It is 1861 and the American Civil War has just begun. You are a worker in Hopedale, Massachusetts working for the Draper Company. Your community is torn. Many community members are “non-resisters” or pacifists. These same people are also abolitionists. What do you do? This presentation will take a close look at the difficult decision that many in the Hopedale community faced. Go to war and fight for the abolitionist’s cause that you strongly believe, or do you remain a “Non-resistor,” even if that means you face possible punishment for avoided conscription in the Union Army. Find out how those in Hopedale during the American Civil War responded to this dilemma which tore many in the community apart.

Mark has a M.A. in US History from Providence College, and a B.A. in History from Bridgewater State University. Mark is a life-long historian, with a special love of the American Civil War. He currently works for the National Park Service at Blackstone River Valley National Historical Park as a Park Ranger and a Public Historian. He has taught classes for Massasoit Community College and the Second Half Life-Long Learning Center in Fall River. He is a Civil War Reenactor and has lectured on topics related to the American Civil War, Reconstruction, and the Antebellum Period to numerous groups including Civil War Round Tables, Historical Associations, public libraries, and schools.

The Battle of Antietam and the Maryland Campaign

Jack is one of our newest members and we are fortunate to have him active with our Round Table. He is also a member of the Rhode Island Civil War Round Table and has spoken at several Round Table and Historical organizations.

Jack retired as Principal of Charles E. Shea Senior High School after a 33-year career with the Pawtucket School Department.

Lincoln and His Admirals 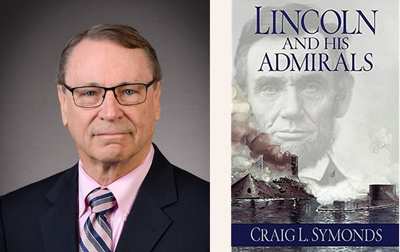 Craig L. Symonds is the Ernest J. King Distinguished Professor of Maritime History at the Naval War College and Professor Emeritus at the U.S Naval Academy, where he taught for thirty years and served as a department chair. He is the author or editor of twenty-nine books, including The Battle of Midway, Operation Neptune and World War II at Sea: A Global History, all published by Oxford University Press. He is a recipient of the Roosevelt Prize, the Lincoln Prize, the Morison Prize and the Dudley W. Knox Medal for Lifetime Achievement. 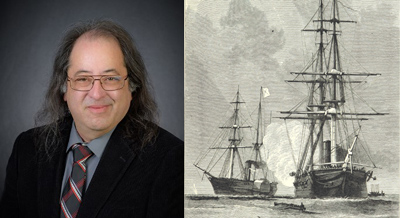 An event that had the potential of bringing about war between the United States and Great Britain.

Associate professor Kelly is the program manager of NWC's Non-Resident Graduate Degree Program since 2010. He joined the faculty of the College of Distance Education as an associate professor in 2007 working on the Navy’s online professional military education courses. He served as a Surface Warfare Officer aboard USS Barnstable County (LST 1197) where he participated in Non-combatant Evacuation Operations and as a Naval Gunfire Liaison Officer with Third Battalion, Eleventh Marines with whom he took part in Operation Restore Hope in Mogadishu, Somalia. He is a graduate of Texas Tech University School of Law. He graduated from the University of Pennsylvania in 1986.

Professor Rodrigue joined Stonehill's faculty in 2007 as the Lawrence and Theresa Salameno Professor. He previously taught at Louisiana State University and was an editor on the Freedmen and Southern Society Project at the University of Maryland. He received his Ph.D. in from Emory University, under the direction of Prof. James L. Roark.

His teaching and research interests focus on nineteenth-century United States history, in particular the Civil War and Reconstruction era, slavery and emancipation, the U.S. South, and African-American history.

Prof. Rodrigue has most recently published Lincoln and Reconstruction, a volume in Southern Illinois University Press's Concise Lincoln Library series. He is currently working on a study of the abolition of slavery in the lower Mississippi valley during the Civil War, which is under contract with Cambridge University Press. In addition to working on a long-term project on the southern planters after the Civil War, he is also general editor of the college-level textbook, Louisiana: A History, published by Wiley

In 2016-17, Prof. Rodrigue served as president of the Louisiana Historical Association.

We present free talks on a wide range of topics pertaining to the American Civil War. We believe that understanding our past is critical to making our future better. Please join us!

We periodically undertake preservation and memorial activities related to the Civil War. Check the Calendar of Events for more information.

Meetings are usually held on the fourth Tuesday of the month, starting at 7pm, at the Fort Taber Military Museum, September through May, but there are some exceptions. Check the Calendar of Events for specific information.

We award a scholarship annually to a high school student interested in Civil War history. For more information, or to make a donation to support the scholarship, contact us.

Send us an email and we’ll add you to our email list to receive notice of new events and our monthly “The Flagbearer” e-newsletter.

We hope you will visit us on Facebook and “like” our page. Stay up to date on our upcoming events. Be sure you click on notifications so you will know when something new has been added.